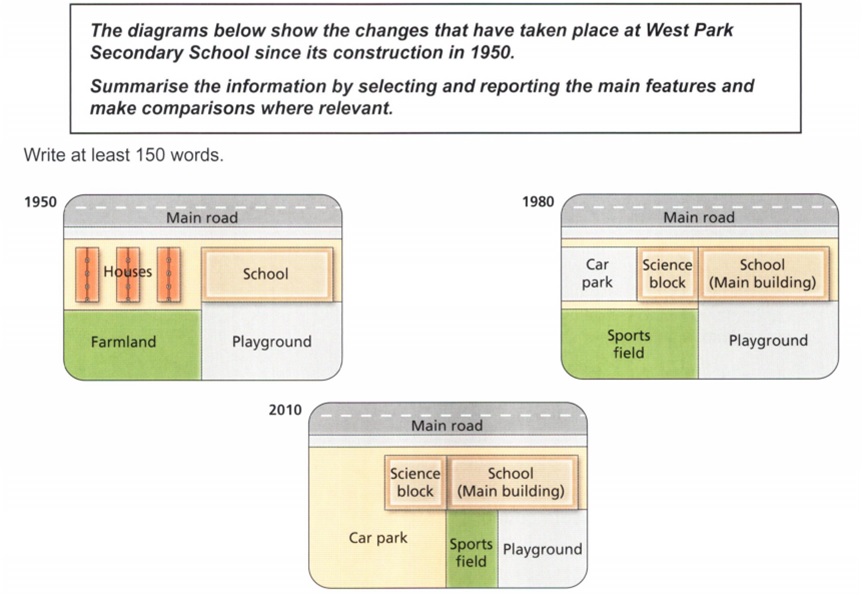 The maps show the developments that occurred at West Park Secondary School during a 60-year period from 1950 to 2010.

It is clear from the maps that the biggest change that happened at the school was the construction of a car park. Additionally, houses and farmland had completely disappeared by 2010.

In 1950, the school was quite small and it was located to the south of the main road. There were residential houses in the northwest corner, but those houses were demolished in 1980 to make way for a car park and a science block. Farmland was also destroyed and replaced by a sports field, while the playground in the southeast area still existed.

From 1980 to 2010, the car park was dramatically extended, and the sports field was moved a little to the east, forcing the playground to become smaller. Meanwhile, the science block and the main building of the school still remained close to the main road.

thanks for your videos!
Please create more videos like these! I think they will be extremely useful for every people, who are studying IELTS! 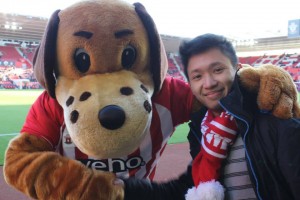